How my life restarted as a 'New Game+' 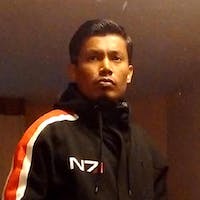 [This story was originally posted on my personal blog]

My life has always been too boring, at least that's what my friends, family and other people tell me. Spending most part of my life in a learning frenzy where regardless of the direction I run, every single day mattered, I hardly looked back. I considered every single day without learning something new as a day completely wasted. It was especially the case between 2017 and 2018 when I tried to learn as many things as I could with a fear that if I didn't, I'll slow down and eventually get lazy, having moved from a very challenging role at work to something that I call "just a regular job". I never planned to stop but I guess planning is all that we can do but the execution, it's all in God's hands and so did came the unplanned reboot.

I went through a few really difficult months during the second half of last year, where the illness that I suffered from not only took away my control over my body but also my ability to think and see clearly. The real cause of the condition is still unknown and I do not even want to find out about it, but according to the people involved in the treatment, surviving that thing itself is a miracle of its kind.

I spent a little over a week in the hospital, in constant high-fever and bearing pain from a few other things along with anti-biotic fluids they injected into my body through the ivy. During those days, something as easy as visiting the restroom needed so much planning and effort. I was on short-term disability leave for a few weeks and could not travel to work for a couple of more months. The bed was the most useful thing around me at that time even at home and not even being able to see clearly, let alone sitting straight up all by myself broke me down entirely. Learning or creating something was not at all a priority (or possibility) as even after a long way into my recovery, when I made a few attempts to get back to what I used to do: use my computer, drive my car or simply walk, I could not do any of those.

Today, almost a year later, I consider myself back to normal where I can see clearly, talk without losing my breath, handle my body, ride a bike, drive a car, deliver presentations, and well, walk among people as a normal person does. Even just being able to breathe or feel the air around me is a gift to me. There's a lot of things that I had to relearn to do, things that I must have learned about thirty years back when I started with life as an infant. One example of very important learning is to be able to move the text cursor on my screen to the right and left, pretty much of a job right?

The last one year has been life-changing. There were moments when I used to talk my creator, weep in pain and helplessness and relive a few moments: moments from my past when I used to be a normal person, so much used to everything around me that I hardly appreciated being able to perform my daily tasks like a breeze. During that period, I had a chance to spend quite a lot of my time with my own self, reflecting, and rethinking about all things around me. Not only did I rediscover life, it felt to me that I was being given an entirely fresh mind to live with.

In this 'new life' of mine, there are still so many old elements like my body, my memories, my relationships, my skills, and a few minor health issues like my old friend, my Carpal tunnel syndrome. Apart from that, rest all feels like a significant upgrade, as if this is a totally new me.

What I learned in the process

These are few of the things out of many:

I recently watched the story video of Cambry Kaylor and not to say that what she went through is the same as me in any way, but I found the message at the end of the video to be almost exactly the same to what I discovered. Also, not to say that this was the first video of its kind, but it's only now that I learned to take away a little more from such experiences.

Today, I feel so much more close to my creator and feel that I have a new purpose in life. It's like being able to live a normal life again, every day is a gift that needs to be appreciated and used well, something that Sarah Connor) said at an alternate ending of my most favorite movie. With this 'new' mind, I can think wider and look at the same old stuff with an entirely new pair of eyes. I have a better sense of differentiating what is good and what is bad for me and my goals in the long run. I feel stable, far more organized and so much more positive.

With this new mind and the fresh perspective towards life and everything, I've already been able to achieve quite a lot of what I never imagined I ever could.

Some of those things are:

There could be more of these that I do not personally realize but looking at the above, I feel very excited about where this new approach can take me.

Looking at this positive trend, I have a few plans for the rest of my new life:

Some things still stay the same

Along with those great changes, there are some things that are bound to stay the same as I'm technically still the same person.

For example, a sibling of a potential family member during one of my matrimonial interviews in 2014 called me 'too boring' in-front of at least eight other people. That hasn't changed even today and I don't expect to in future either: I'm just as boring as I used to be back then, can't help with that, just trying to be myself here, can't I? :)

Instead of all those massive improvements, I'm still not a 10x engineer yet, not even a 2x engineer I guess and maybe I don't want to be. I feel like I'm a 2x human though, which is in fact a 100% improvement, which I'm almost satisfied with. This is my 'New Game+', where I am sort of starting my game all over again, but with better inventory, higher character level, more abilities, and God knows what more hidden traits.